BU student qualifies for the next round of Metropolitan Chess Championship

BU student qualifies for the next round of Metropolitan Chess Championship 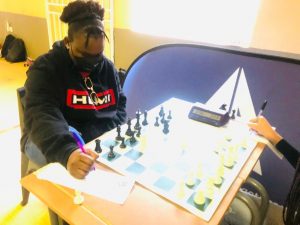 Botho University Chess Team recently participated in the Metropolitan 1st Qualifiers Chess Championship which was held at Gaborone International School. Team BU was represented by four players at the tournament, three men participated in the Open Section while for the ladies section there was one player.

Tsotlhe Madingwane, scooped position 12 out of 36 participants earning a spot in the second stage of the tournament to be hosted during the holidays from 16th to 17th April 2022 at Botswana International University Of Science And Technology (BIUST).